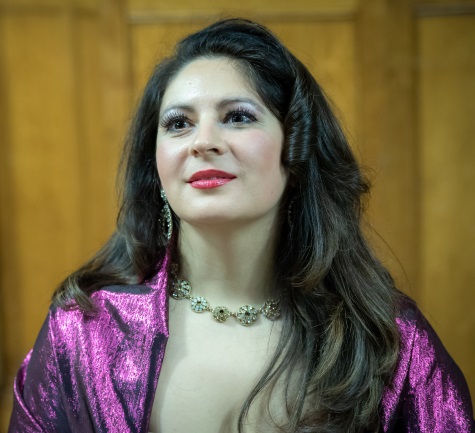 Praised by critics as "A wonderful coloratura soprano with flexibility to caress the highest range notes", Olga Lisovskaya's music career involves both singing on the most prestigious concert stages, including Carnegie Hall, and producing successful projects with the award-winning opera company, Commonwealth Lyric Theater and Talents of the World, an international concert organization. Ms. Lisovskaya is a winner of several voice competitions. Her concerts of Ukrainian repertoire have been featured on both Ukrainian and American TV, while Italian repertoire was aired on RAI, International Italian Television, watched by millions throughout the world.
Most recently, Olga was a featured soloist in three performances at the Christmas Festival at Carnegie Hall and starred in two operas, singing principal roles in both productions: Serpina in "La Serva Padrona" (The Maid Mistress" by Pergolesi) and Lieschen in Bach's Coffee Cantata. Upcoming: soloist in Afternoon Tea Party, Broadway/Operetta Style in Newton Arts Festival; the role of Micaela in Commonwealth Lyric Theater's production of Bizet's Carmen and performance at Jordan Hall on June 7th, 2019. She is a sought after voice teacher. www.OlgaLisovskaya.com