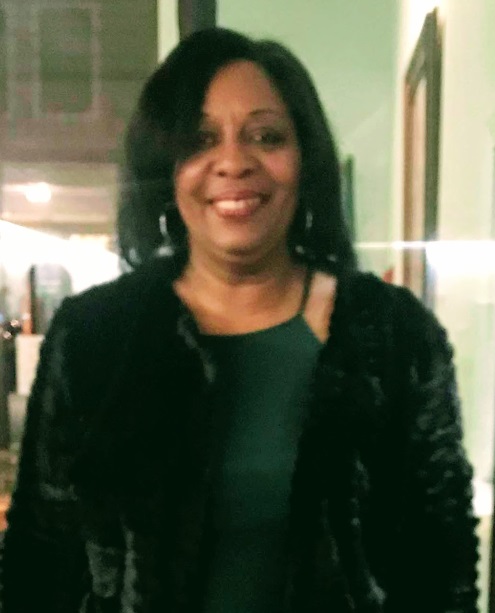 I was born and raised in the island of Barbados. It was there that I received my formal education, not only in academia, but in being involved in community and social events. From the early age of around 6 years old, I was a member of the Val Rosa club in my neighborhood, where I learned the arts of singing, dancing, modelling, poetry reading, gymnastics and playing the sports of tennis, basketball and netball. I was fortunate to be able to travel around the island performing at various venues; I especially liked performing for the elderly in nursing homes during the holidays. At age 12, I won a scholarship to the Barbados Dance Theatre, and continued with dancing and playing the sport of Netball until migrating to the United States as a teenager in 1981.

That sense of community and being a part of something bigger than yourself which was ingrained in me from an early age, has continued here in the United States.  I’ve held various positions in the sport of netball ranging from player to Vice President of the Massachusetts State Netball League.  In 2012, I became one of the members of a newly formed ad-hoc group organized by the Barbados Consul General’s Office in New York and two years later became the first Chairperson of the newly formed United Barbadians In Massachusetts (UBIM), a non-profit organization whose mission is to continue to preserve and promote Barbadian heritage and culture.  I am currently holding the position of Public Relations which has afforded me the freedom to continue to promote the organization’s purpose and to solidify our brand as a household name within our community. Through my commitment to promoting Caribbean culture and my experience working within organizations is when I was introduced to Socio Economic Development Foundation of Boston (SEDFOB) and currently holding the position of Vice President.

For all my accomplishments as a member of these organizations, my greatest accomplishment is my family.  I’ve been married to my wonderful husband and soulmate for the past 27 years and we have three well rounded and well educated adult children.  I’ve had a successful career in the financial industry, focusing on retirement plans and work part-time as a self-employed licensed insurance producer.  I earned my Bachelor of Science Degree in Business Administration at Eastern Nazarene College.